A man approached me telling me that he has been instructed to inform me that I needed to be at the airport in Cagayan de Oro at a certain time that afternoon, I was to meet an arriving passenger (I had no idea who, but I was told that the arriving passenger would know me), and there I would receive further instructions.

It all sounded kind of mysterious, but I told the stranger that I would be at the airport at the assigned time. The pastors I was working with agreed to accompany me.

I went about my business of the day. We were starting to work on doing Camp Sonshine with the churches there. I had counselor training in the morning, and then we were going to visit with some families for lunch. Eventually we found our way into the city and to the airport. I still remember sitting in the airport cafe with Pastor Dan and Pastor Gallure, drinking Sprite, waiting for the plane to arrive.

The rest is tragic history. It was my grandmother who got off the plane that afternoon, and she informed me that my brother Eric had been killed in a car accident. After a whirlwind of activity, plane rides, etc. I found myself in my Mom's house in Ocala, having made it back just in time for the funeral.

I call this day Eric's Day, the day he made the leap from earth to Heaven. I celebrate his short life. My brother and I did many things together. One of the most amazing things we got to do was minister side by side, sharing God's love on the mission field and also at Camp Sonshine, Maryland. In fact my first ever missions trip was with my brother, we went to Satillo, Mexico. My brother had a fiery passion for Christ and His kingdom, desiring only to be in the center of God's will.

I am blessed to have a son whom we have named in memory of my brother. I see that my son, Eric Joseph Anasco II, shares the same depth of faith and godliness as his namesake.

I miss you, Eric. I know you are interceding on my behalf in the cathedral of Heaven. You are in that great cloud of witnesses, spoken of in Hebrews 12, cheering me on.

Therefore, since we are surrounded by such a great cloud of witnesses, let us throw off everything that hinders and the sin that so easily entangles, and let us run with perseverance the race marked out for us.

Eric, I miss you. 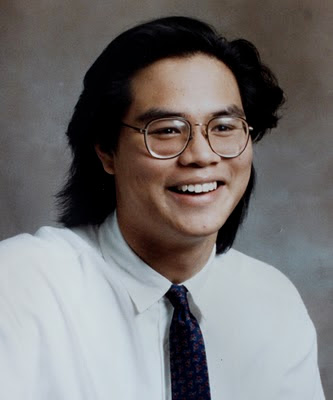